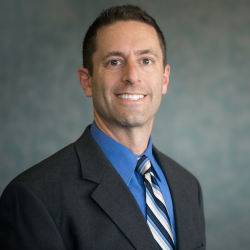 Marc DePerno, OTR/L, oversees the daily operations of the Sitrin NeuroCare program, including admission of all potential residents.

Since 2002, DePerno has been providing services at the Sitrin Health Care Center as an occupational therapist. DePerno was instrumental in establishing the STARS (Success Through Adaptive Recreation and Sports) program for individuals with physical disabilities. The region’s first adaptive sports program, STARS has provided numerous recreational and competitive athletic opportunities. STARS athletes have won many national and international competitions and have represented the United States at the Summer and Winter Paralympic Games. DePerno has served as the National Team Leader for USA Wheelchair Curling since 2007 and is instrumental with developing grassroots programs, as well as assisting the national team competing at World Championships and the Paralympic Winter Games.

In 2003, DePerno and his family established ALS of Utica, a not-for-profit corporation dedicated to raising awareness and improving the quality of life of people with ALS in Central New York. DePerno was also a member of the New York State Advisory Sub-Workgroup, which was instrumental in developing the regulations for the neurological disease unit.

DePerno earned his Bachelor of Science degree in Occupational Therapy from Utica College of Syracuse University in 2000. He has also been an adjunct instructor at Utica College since 2005.